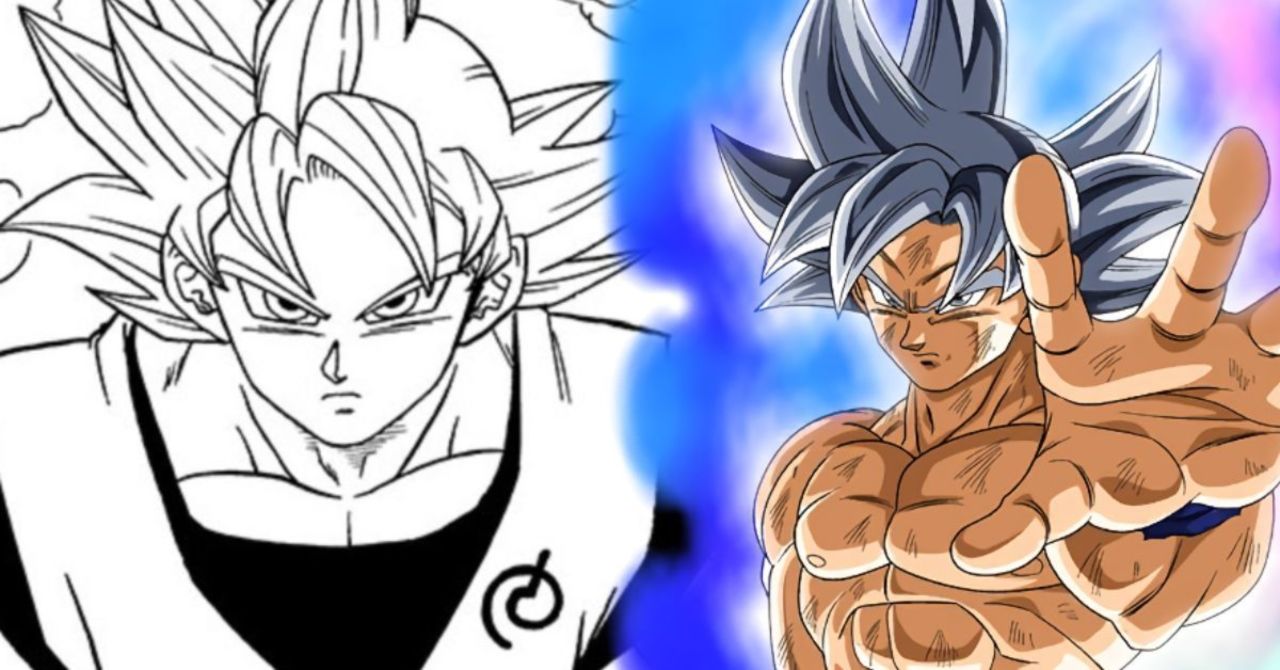 Dragon Ball Super revealed Goku’s new level of Mastered Ultra Instinct power with the newest chapter of the series! Dragon Ball Super’s previous chapter officially kicked off the fight between Goku and Granolah on Planet Cereal, and through this fight Goku had revealed that he now had the ability to stack his Ultra Instinct state on top of his Super Saiyan transformations. But as the fight between the two of them really heats up with the newest chapter of the series, it quickly becomes clear that these weren’t the only advancements he made in his training with Whis.

After Goku continues to fight against Granolah and struggles against Granolah’s abilities, even with his stacked abilities, Goku reveals that he was still holding back. Because while Granolah had been able to detect his weak points even with his use of Ultra Instinct and Super Saiyan, his fully mastered Ultra Instinct power was even stronger than that. Now that he can use the full extent of this ability on command, it’s gotten stronger too.

When Vegeta sees that Goku has lost his first bout against Granolah in Chapter 73 of the series, Goku then reveals that he still has yet to use Ultra Instinct at its full power. When he finally reaches his Mastered Ultra Instinct once more, Granolah immediately notices the differences from when Goku had paired it with Super Saiyan as he can’t see any of the vital points that he was able to take advantage of before.

This new angelic version of Goku also goes a step further as he can now use more angelic abilities such as telekinesis as he’s seen throwing around Granolah with the power of his mind (much like Whis can do with his staff). This also comes at a cost, however, as it’s soon revealed that with this greater mastery comes at a greater cost of his own body. His accuracy with it decreases over time, and Granolah was able to take advantage of this with a well placed strike before the end of the chapter.

It appears that while Goku has made big strides in getting his body adjusted to Ultra Instinct’s power, he still needs quite a way to go when using it at full capacity. Combining it with Super Saiyan was his way of bridging the gap to full mastery, but this fight against Granolah revealed how truly stop gap of a measure that really was. It just doesn’t compare to the full thing. But what do you think of Goku’s new Ultra Instinct mastery? Let us know your thoughts in the comments! You can even reach out to me directly about all things animated and other cool stuff @Valdezology on Twitter! 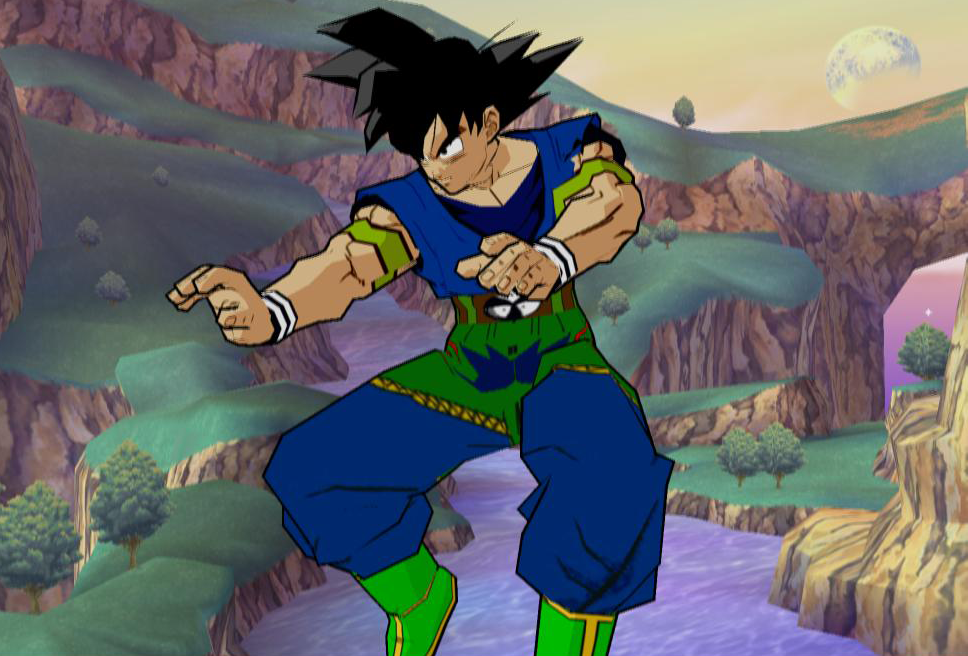 Goku, age 51, has finished training Uub, and they have just finished testing their abilities against one another in the Hyperbolic Time Chamber. Soon after, an accidental wish by Emperor Pilaf transforms Goku back into a child. This wish was made on the Black Star DragonBalls. As a result, Goku must travel the galaxy and return them to Earth to prevent the planet from exploding from the negative energy created by the wish. Goku, Pan, and Trunks go on a spaceship prepared by Bulma and travel the galaxy to find all 7 Black Star Dragon Balls. There they find Giru, they search for the Dark Dragon Balls, and they find themselves caught in a trap by the planet’s inhabitants, mutant robots, and that Giru was deceiving them all along. Pan manages to escape and later rescues Goku who does battle with the robotic group of commandos known as the Mega Canon Sigma Force and their leader General Rilldo. However, both he and Pan are captured again and taken to Dr. Myuu for studying. Giru has a change of heart though and manages to rescue the trio thanks to a clever plan by Trunks. It is then that we see Myuu’s true creation, Baby, who breaks free from his containment after being revived, but stopped by Goku and the others.

Baby escapes and later infects the whole Earth as Goku and the crew come home and then Baby implants himself onto Vegeta, giving him absolute power. There Goku turns into his SSJ3 form but is ineffective due to his kid

Like all Saiyans, Goku can transform into a Great Ape (Oozaru) when he sees the full moon while he possesses his tail, though every time it was not at will. Because this tail was removed permanently in the main series by Kami when restoring the moon, this transformation was never taken by Goku again until GT (in which it is shown very briefly before the full transition into Golden Great Ape), making it his least used Saiyan transformation.

Goku learns this technique while training with King Kai. This technique multiply his power level to any level he can handle but it is deadly.

While battling Lord Slug Goku temporarily gained this form. Its almost like a mutated version of the KaioKen technique and the Super Saiyan transformation.

Goku uses his new power to defeat Frieza, the antagonist of the series at the time. Frieza had destroyed the Saiyans out of his fear of their growing power, and the idea of a possible « Super Saiyan ». As a result of defeating Frieza, Goku avenges the Saiyan race, and the death of his best friend Krillin by defeating Freiza in the Super Saiyan state.

Goku achieved this level in Other World as he could put unlimited energy into his transformation. Goku is first seen using this transformation against Majin Buu during the Majin Buu Saga. Once in this form, Goku was able to easily overpower Majin Buu in his first form and stood up to Kid Buu for a fair amount of time. However, the transformation is extremely draining in terms of energy, as it cut Goku’s time left on Earth from hours to a stated thirty minutes after performing the transformation for a short time. When attempting to gather enough ki to defeat Kid Buu during their final battle, he was unable to sustain it as he had not taken into account the strain overcoming his living body, and soon reverted back to his base state. Altogether, these heavy disadvantages make it impractical to use the transformation out of the afterlife.

Goku gained this form in Battle Of Gods The Film and in Dragon Ball Super. He uses this form to fight Beerus the God Of Destruction but he was still no match for Beerus.

After losing the Super Saiyan God form Goku gained the enormous god energy and used it in his base form to battle Beerus.This form also appears in Ressurection F,where Whis is traning Goku and Vegeta how to master their god powers.

A few years after the events that happened in Battle Of Gods Goku gained this form and went with Vegeta to train with The God Of Destructions Master Whis. It is Implied that goku in this form is around the same level when Beerus was at 70% also Whis stated that while Goku and Vegeta are in this form the can fight against Beerus On equal footing.This form of Goku`s surpasses all it`s other premature levels,thus including Super Sayian 5.

Goku achieved this form in Dragon Ball GT, after Old Kai helped Goku to grow back his tail which allowed him to once again transform into a Great Ape. When he looked at the Earth during the Baby Saga, its sufficient substitute Blutz waves allowed him to take this form, a combination of the Super Saiyan state and the classic Great Ape transformation. Upon regaining control, he later transformed into Super Saiyan 4, his strongest form yet.

This form is achieved by Goku after achieving the Golden Great Ape state and being calmed down by Pan. The overwhelming power of this transformation is apparently great enough to overcome the Black Star Dragon Balls’ power making Goku’s transformation into a child by Red Shenron. The spell is only dispersed during the transformation, however. In addition to him being turned back into an adult temporarily, Goku’s overall appearance changes yet again. His tail is easily visible, the hair is longer than when in his normal state (not nearly as long as a Super Saiyan 3, though), his eyes become lined (much like Vegeta’s did when he was a Majin in the Majin Buu Saga), his eye color is now golden yellow, and red fur covers almost all of his body from head to toe. His clothes change from his childhood garb, leaving him only dressed below the waist (excluding his armbands). As a Super Saiyan 4, Goku is able to easily surpass all but the most powerful enemies in the final parts of Dragon Ball GT. But at the end of the last episode of Dragon Ball GT, his tail disappears again, and it is unknown if he could ever transform to this state from then on. (Though later on it is shown in Toyble’s DBAF that somehow Goku has regained the tail which later leads to him transforming into both SSJ4 and SSJ5).

Goku last and most powerful basic super saiyan form. He attains this form through the vigorous training set by him and Pikkon in the Dragon Realm. He uses this form by accident when he was almost caught in Pikkon’s most powerful technique, the result was Pikkon getting seriously injured. He hasn’t fully gained control of this form yet but its power exceeds all before it. It is later shown in an old chapter of DBAF of everyone wounded in the second battle with Xicor but is shocked when they see SSJ4 Goku charging up with enormous ki. Xicor is even amazed and swept away by sudden out burst of energy, where Goku’s appearance change drastically, radiating with immense power possibly greater than Xicor’s SSJ5 transformation.

Goku achieves it during his final stand against Xicor. It is Super Saiyan 5 strengthen with god ki. This form can be strengthen further with Kaio-ken.

Goku achieved this form when he fights Jiren in the Tournament of Power.

Goku achieved this form during his last fight with Jiren in the Tournament of Power. It is his most powerful and second non Super Saiyan form first being Kaio-ken.

Gogeta (Fusion Dance) is the first fusion together and the fusion dance version to his Potara counterpart. They used Gogeta in Dragon Ball Z somewhere around the time the both die in the Majin Buu Saga. They fused to fight Janemb and Super Janemba and use Gogeta against Syn Shenron Omega Shenron.

Vegito is the second fusion together using the potara earings. They used Vegito in Dragon Ball Z Majin Buu Saga against Super Buu.